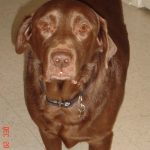 I was intrigued by the profile, describing a delightful 6 year old laid back chocolate Labrador named Max. In December 2011, Max became my new canine companion. He started out weighing 93 pounds, needing to lose a few. With daily walks, he became lean and had a spring in his step, weighing 72 pounds. He was healthy until early/mid fall of 2016, when a sneeze, every now and then, became more frequent and more intense, even with medication. The veterinarians and I hoped for an abscessed tooth or a nasal infection; sadly, the testing indicated cancer instead. Max and I put up a tough fight; however, the cancer was an aggressive form. While at his side, I had to let his delightful spirit be humanely released from his failing physical body on December 29, 2016. There aren’t enough words to express the gratitude I feel for the shelter south of Indianapolis making that call and for CILRA answering it.  –– Cindy F. 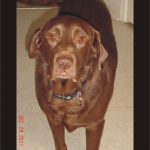 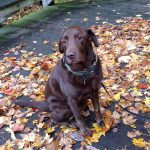 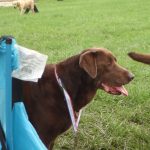 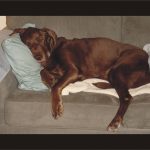